The Angels of Mons 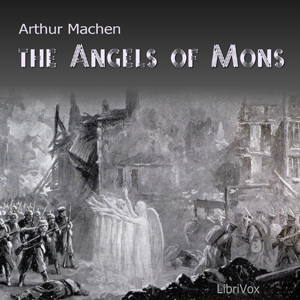 The Angels of Mons

LibriVox recording of The Angels of Mons, by Arthur Machen.
Read by R. S. Steinberg.

The Angels of Mons is a popular legend about a group of angels who supposedly protected members of the British army in the Battle of Mons at the outset of World War I. The story is fictitious, developed through a combination of a patriotic short story by Arthur Machen, rumours, mass hysteria and urban legend, claimed visions after the battle and also possibly deliberately seeded propaganda. (Summary by Wikipedia)

Reviewer: Timothy Ferguson - favoritefavoritefavoritefavorite - October 25, 2012
Subject: Interesting in a metanarrative sort of way
A clever little book I enjoyed, not so much for the story it contained, but for the author’s pieces both before and after it. It shows Machen, accidental father of an urban myth, trying to strangle the story. Instead, it roamed free and, because people believed it to be true, Machen was rarely credited for it, or paid for it. His career, although well thought of in certain circles, never reached the stellar heights might be expected of the writer of one of the best known of the stories of the First World War.

Uploaded by librivoxbooks on February 14, 2012